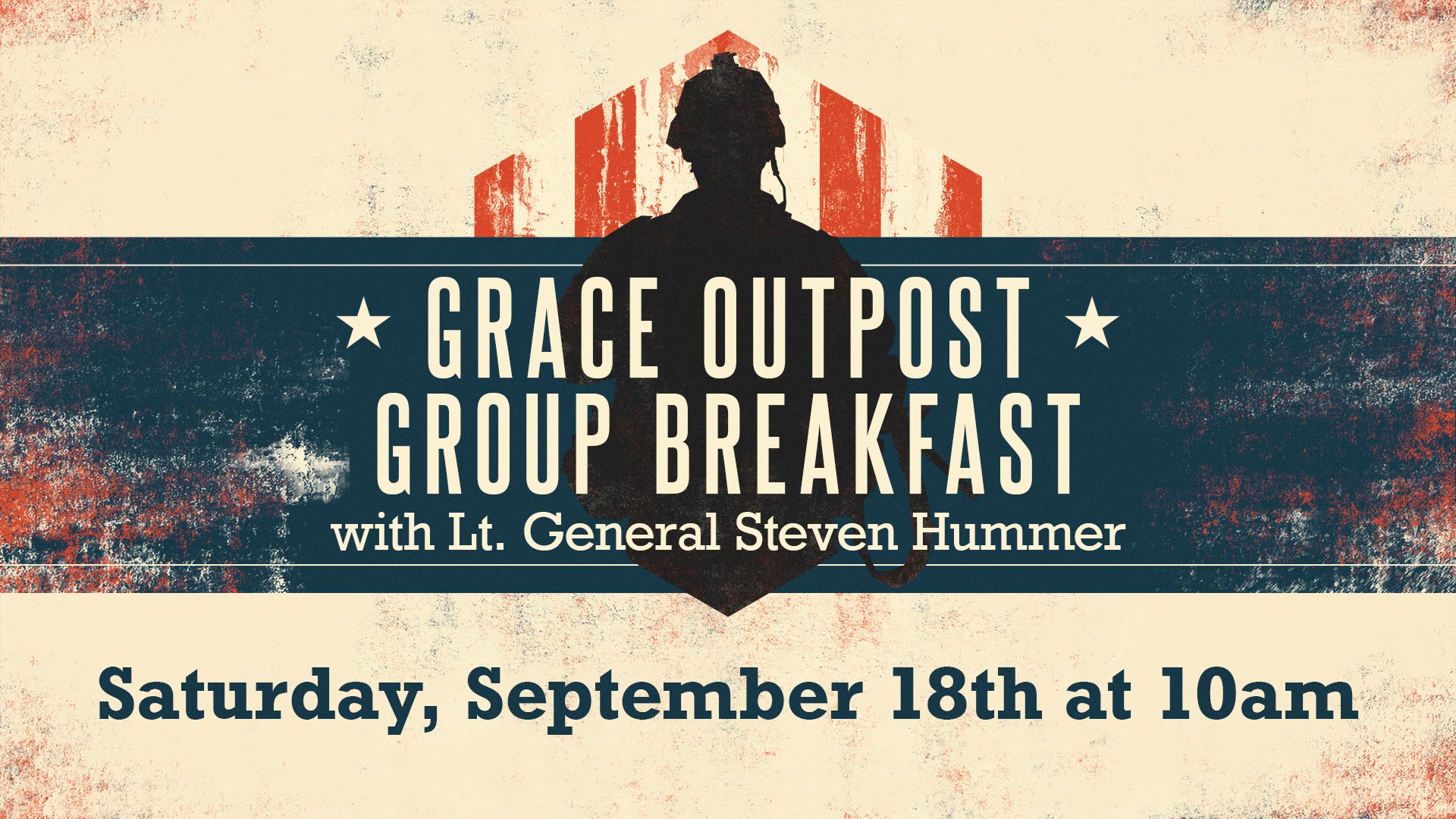 Join us for a special breakfast on Saturday, September 18 at 10:00AM in the Student Center to launch Grace Outpost, a new ministry serving veterans and first responders.

We are honored to have Lieutenant General Steven A. Hummer join us for this event. Highlights of his distinguished career include:

This will be a time of great fellowship and inspiration as we introduce this new ministry! Join our Outpost Group to receive updates and make life-long friend connections - Outpost Group Veterans and First Responders