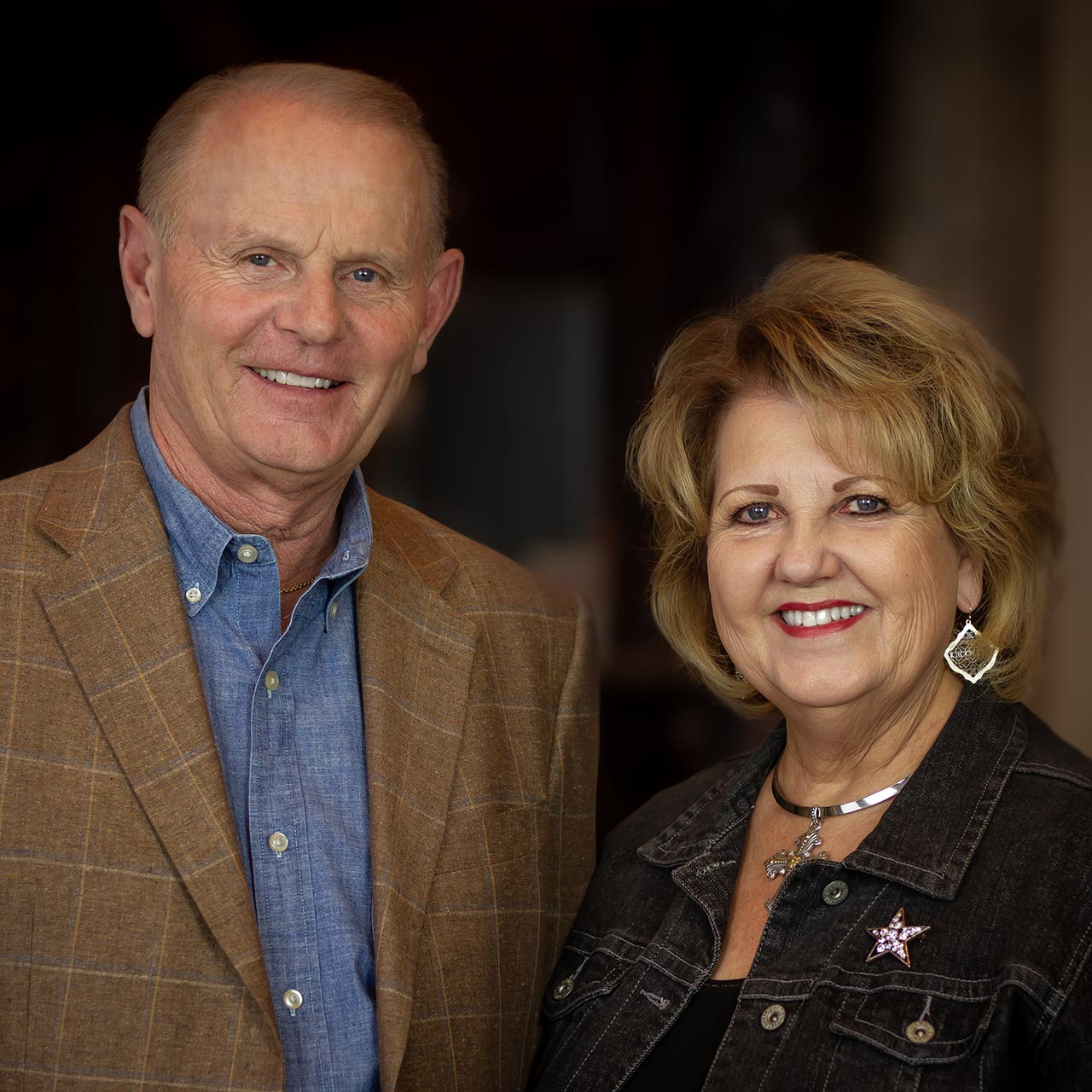 Steve and Becky met in college, and for Steve it was love at first sight. They were married nine months later (Steve was 19 by two weeks, and Becky was 20). They have now been partners in life and ministry for more than fifty two years.

After serving in several pastoral staff positions, Steve and Becky joined Grace International Churches and Ministries in 1974 and started a church in Livermore, CA. During their ten years there, five buildings were built, and the church grew to become the largest Protestant Church in
the city.

While doing ministry in a prison in the Philippines in 1978, Steve and Becky were taken hostage by four prisoners armed with knives. During the attempted escape from the prison, the four prisoners were killed by police. Steve was stabbed seven times and almost died, and Becky was shot – after which she spent nine months in a body cast with five surgeries and another nine months learning how to walk again. They have shared their amazing story of God’s presence and power in the crisis on many TV programs and in venues around the world.

In 1983, Steve and Becky moved to Houston, TX to begin Grace Community Church in the
NASA community. During their tenure, the church grew to 17,000 members and constructed a 250,000 sq. ft., 10,000-seat worship center, located on 80 acres in the NASA community. The church also expanded to campuses in The Woodlands, TX; Oceanside, CA; and San Marcos, CA. Steve and Becky now serve as the Founding Senior Pastors of Grace Woodlands Church in The Woodlands, TX.

Along with pastoring, Steve also serves as the President of Grace International, a fellowship of over 4,000 churches with more than 450,000 members, various compassion ministries, and educational institutions both nationally and internationally with ministries in 116 nations of the world. Steve and Becky are both actively involved in training ministry leaders.

Steve also serves on the board of the Mighty Oaks Foundation and on the Executive Team of Houston Area Pastors Council – a group of pastors seeking to serve the whole body of Christ in the Greater Houston area as it mobilizes to reach the whole city with the gospel. He is also the former President of The King’s University, founded by Pastor Jack Hayford.

Steve has a Master’s degree from Oral Roberts University and a DMIN from The King’s University. Steve and Becky have been married for 52 years, and they have two children, five grandchildren, and three great grandchildren.